Several breeds of dog, notably the Golden Retriever, Jack Russell Terrier and Bulldog, can be affected by excessive flaking of the skin.  This is present from birth, but may be very mild, so is not noticed until later in life.  The belly may also have darkly pigmented, dry skin.  It does not tend to be itchy unless there is also infection present with bacteria and yeast.  The changes in the skin make it easier for infections to take hold.  Owners typically notice large flakes of skin present in the fur when brushing their dog, or on the floor in areas where they spend time.  Golden Retrievers typically have a very mild form of this disease, whereas other breeds can be more badly affected.

How do dogs get Ichthyosis?

This disease is inherited and multiple puppies in a litter may have the disease.  It has what is called a recessive mode of inheritance, which means that both parents must carry the gene for the puppies to show signs.  The parents may have two disease genes (and so are scaly themselves) or one normal gene and one diseased gene, so they look normal.  If the puppies in the litter get one disease gene from each of their parents they will be affected with the scaling disease, which can be seen when you look at them.  Alternatively, if they just get one diseased gene and one normal gene, they will look normal but will be at risk of passing the disease on if they have puppies in future.

There are many other causes of scaling in dogs, so these should be ruled out by a veterinarian before a diagnosis of ichthyosis is made.  In Golden Retrievers there is a genetic test available, which is recommended if you are planning to breed your dog.  This will tell you if your dog is a carrier of the disease, even if they look normal.  By responsible testing and breeding, this disease can be avoided in future generations of puppies.  We can arrange this testing for you – it is a simple painless test, which just involves taking a swab from the inside of the dog’s cheek, and sending it away to the laboratory in France.  Results are normally back in 1-2 weeks.

Treatment is tailored to the needs of each individual dog.  The scaling cannot be cured, but in many mild cases can be managed by conscientious bathing and moisturising.  In more severe cases oral medication may be needed which can help but not cure the problem. 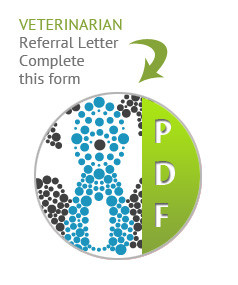 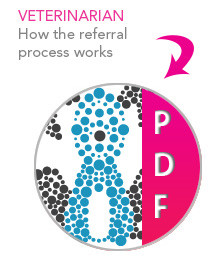